We have completed 50 of these surgeries, with good postoperative recovery and no cases of relapse. This surgery video is of a 68-year-old female patient. She was found to have vaginal prolapse for 20 years with aggravation for 1 year. Her pelvic organ prolapse quantification (POP-Q) score when admitted to the hospital is visible in Figure 1.

We use the pelvic organ prolapsed quantification method (POP-Q) for staging. Patients with a POP-Q score ≥ II are eligible for the procedure.

Patients are excluded from this procedure if, combined with chronic cough and other medical diseases, they exhibit malignant lesions of the uterus and uterine adnexa.

A preoperative 3D conventional vaginal scrub is performed, and women who have been menopausal for many years and have obvious atrophy of vaginal mucosa are given topical estrogen ointment 1 week before surgery. The patient in the video had an ulcer in the vaginal mucosa, and had to wait for the ulcer to heal before undergoing surgery.

All patients are anesthetized with combined endotracheal intubation and intravenous anesthesia. The umbilical hole is punctured to establish the artificial pneumoperitoneum, the laparoscopic lens with a 10 mm trocar puncture is inserted, and this is followed by insertions of the second trocar in the left abdomen and the third trocar in the right abdomen. 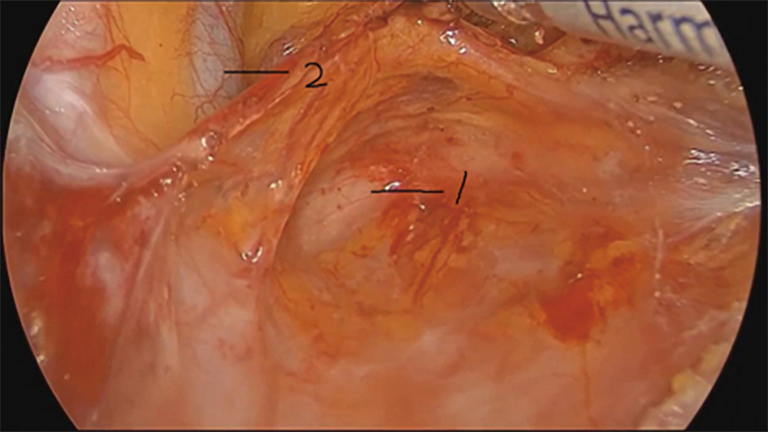 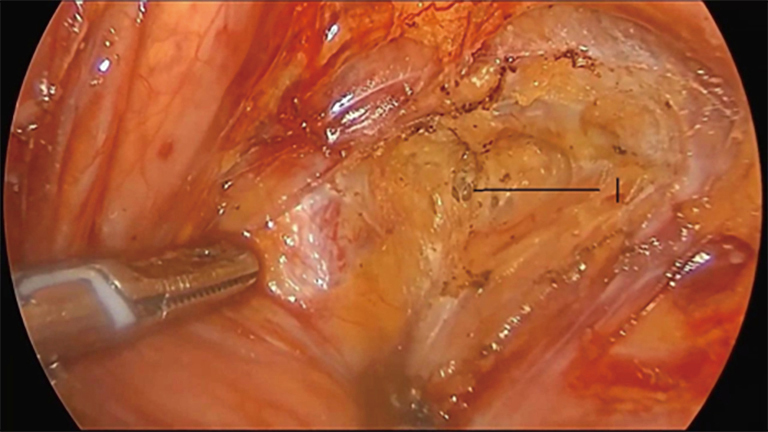 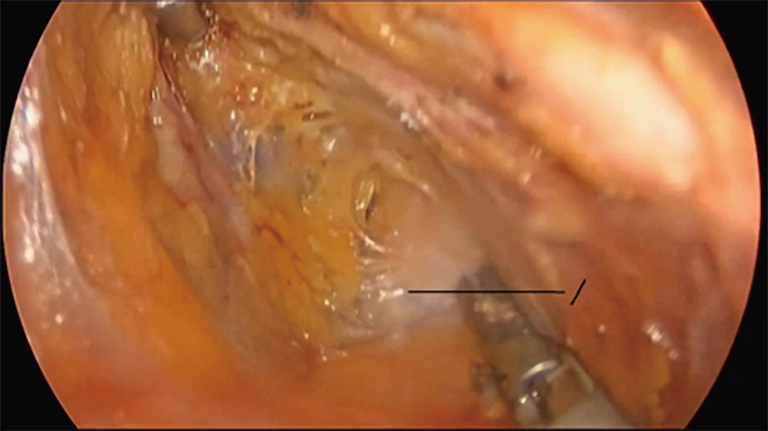 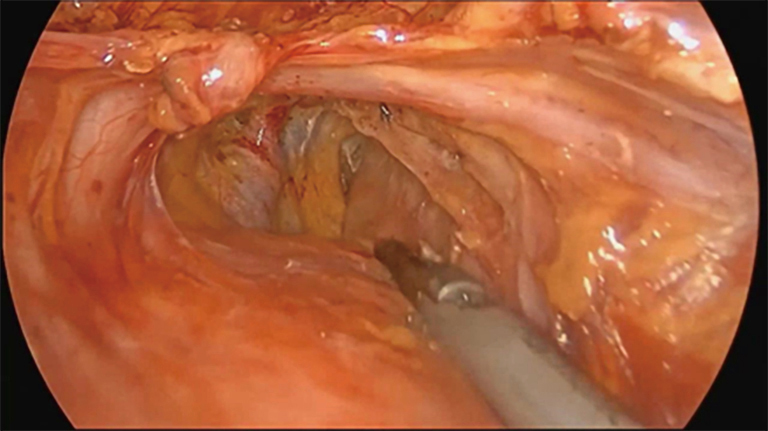 Figure 5 Exposing the entire lateral section of the uterosacral ligament. 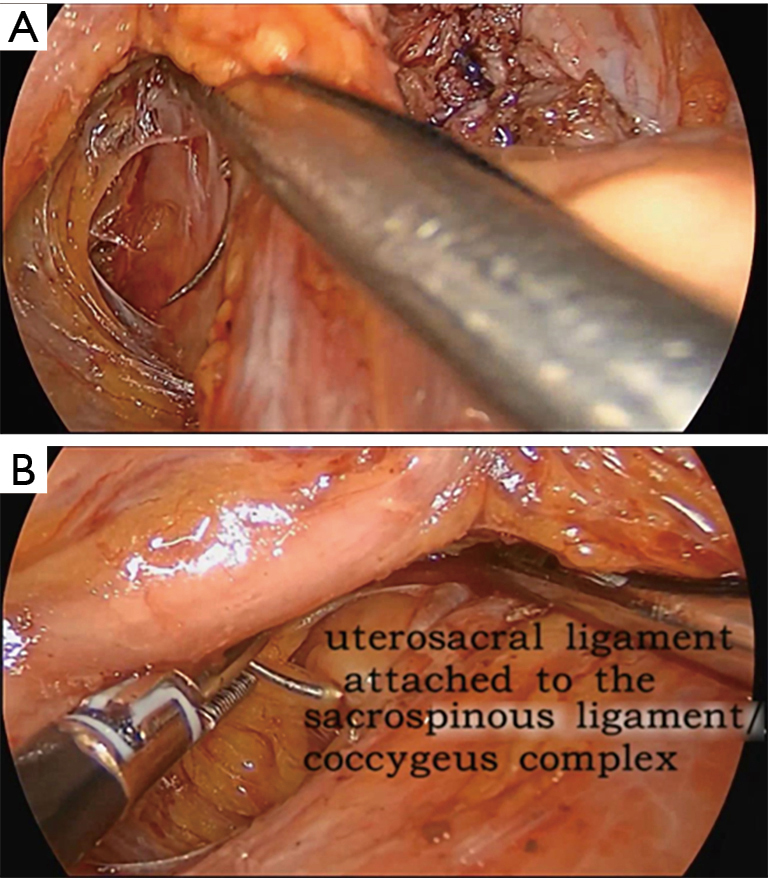 Figure 6 Suturing with one needle on the sacrospinous ligament/coccygeus muscle complex. 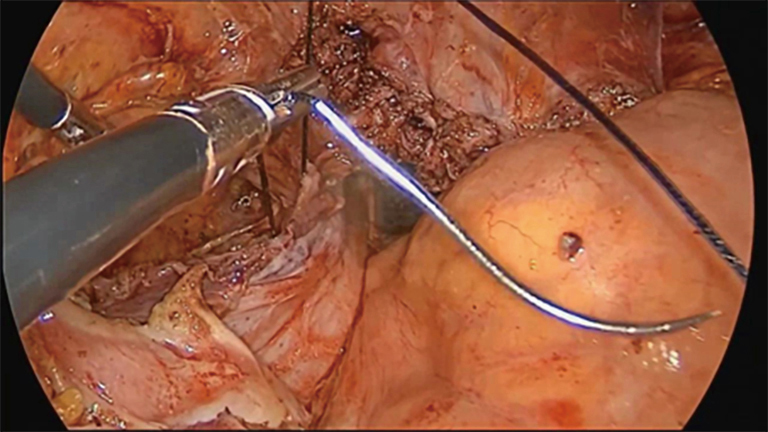 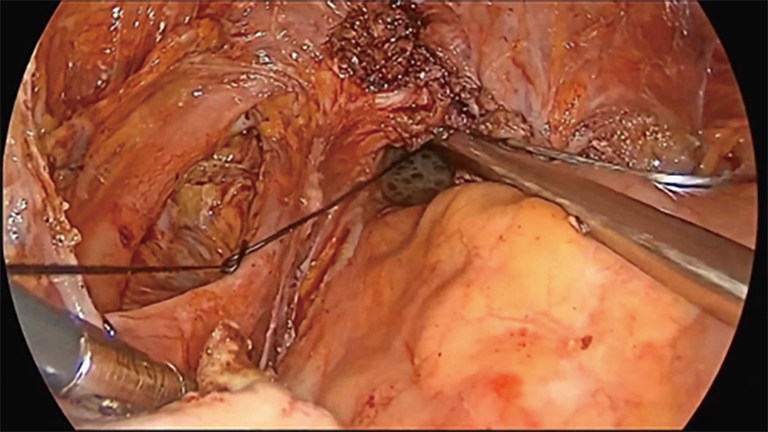 Figure 8 Tying a knot to fix the uterosacral ligament. 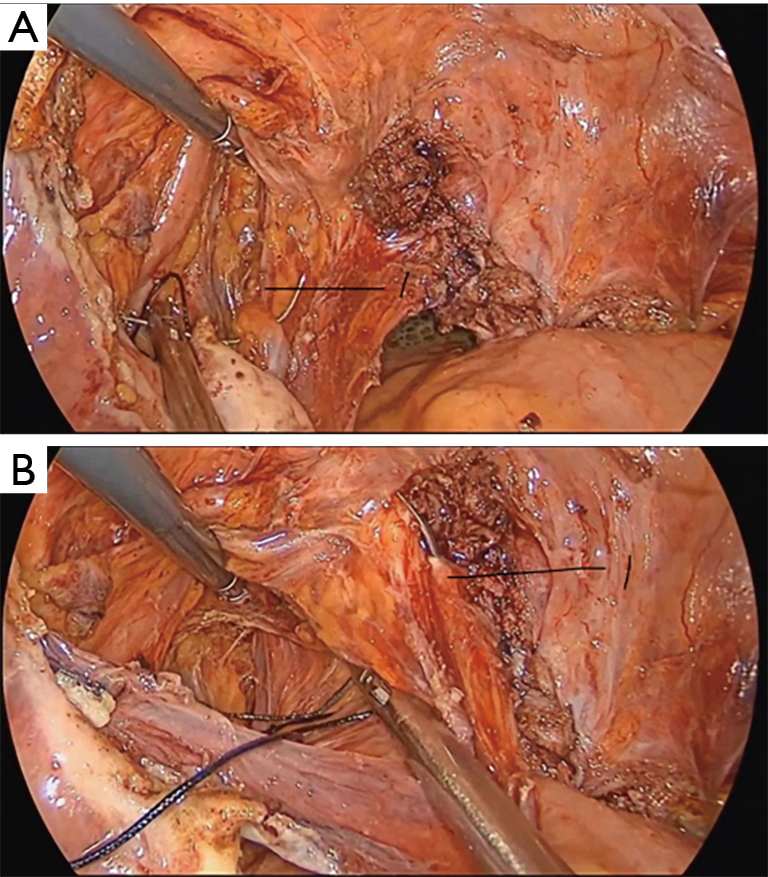 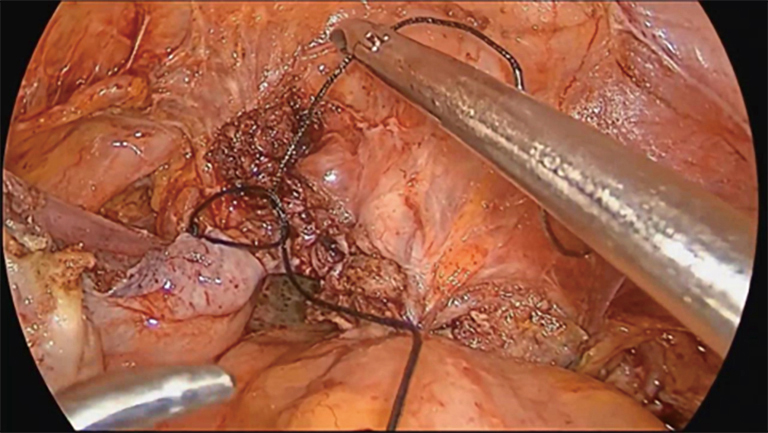 Figure 10 Tying the knot after 2–3 stitches in order to shorten and strengthen the uterosacral ligament. 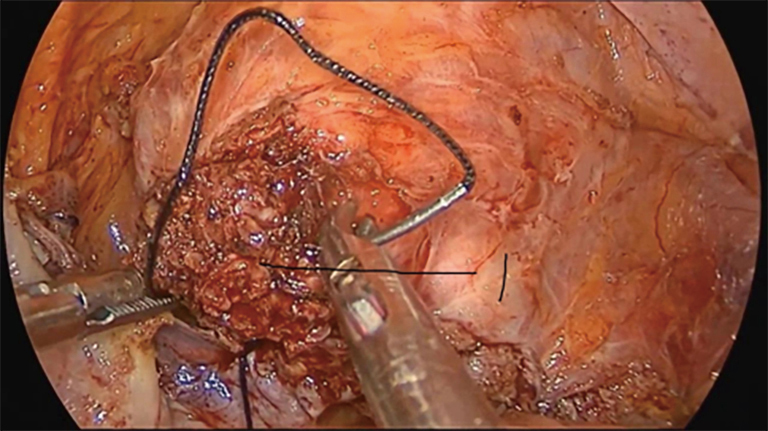 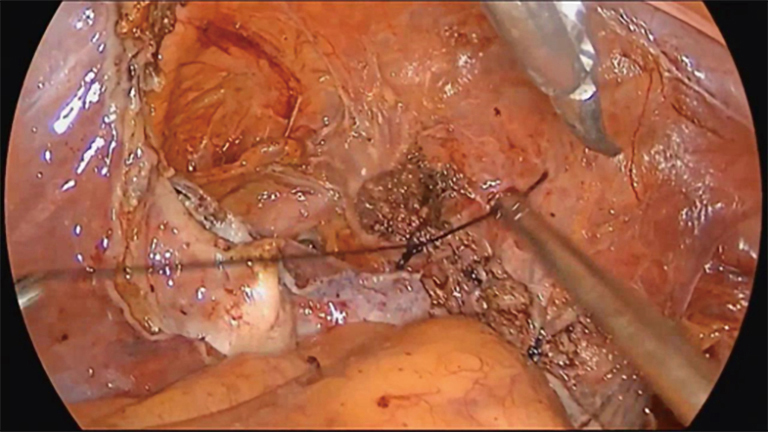 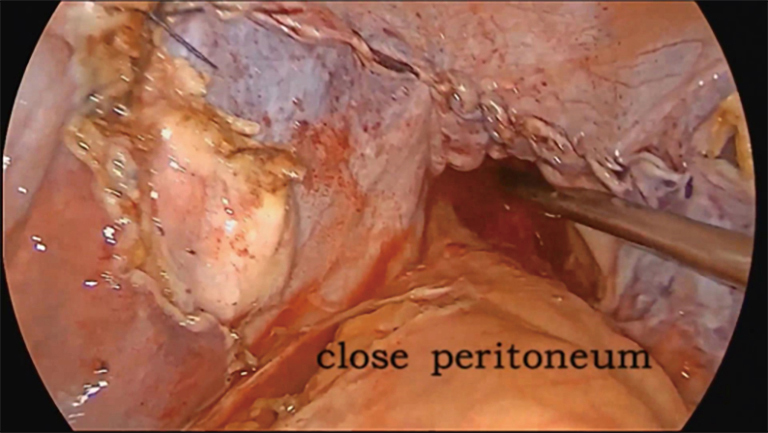 Figure 13 Performing the same steps on the right side and then closing the peritoneum.

According to the routine nursing after laparoscopic surgery, continuous catheter is applied for 5–6 days, with appropriate use of antibiotics. Women who have been menopausal for many years are given topical estrogen. After 5–6 days, the catheter is removed, urine output is observed, and residual urine volume is measured. Regular follow-up is conducted at 1, 3, 6, 9, and 12 months after operation, and a review occurs every 6 months. Medical history is collected (including urine output, presence of prolapse in the vagina or not, or the sensation of prolapse, vaginal examination, POP-Q measurement, residual urine volume, sexual satisfaction, etc.) A subjective cure is defined as patients having no conscious symptoms after surgery, while objective cure is defined as postoperative stage 0 of the top of the vagina or uterus using the POP-Q as the assessment method.