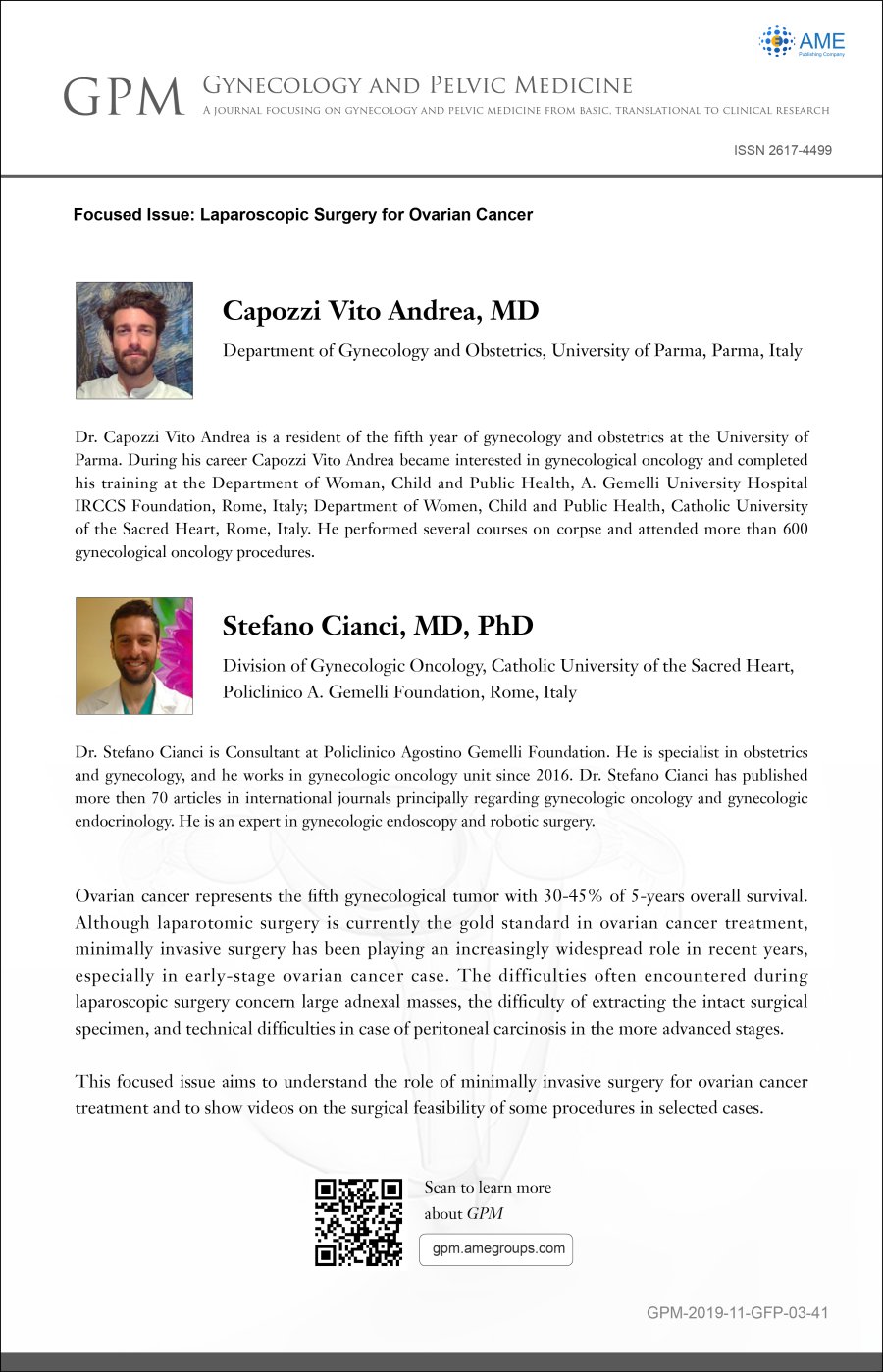 This focused issue on “Laparoscopic Surgery for Ovarian Cancer” is co-edited by Dr. Capozzi Vito Andrea, from University of Parma, and Dr. Stefano Cianci, from Catholic University of the Sacred Heart, Policlinico A. Gemelli Foundation.

Dr. Capozzi Vito Andrea is a resident of the fifth year of gynecology and obstetrics at the University of Parma. During his career Capozzi Vito Andrea became interested in gynecological oncology and completed his training at the Department of Woman, Child and Public Health, A. Gemelli University Hospital IRCCS Foundation, Rome, Italy; Department of Women, Child and Public Health, Catholic University of the Sacred Heart, Rome, Italy. He performed several courses on corpse and attended more than 600 gynecological oncology procedures.

This focused issue aims to understand the role of minimally invasive surgery for ovarian cancer treatment and to show videos on the surgical feasibility of some procedures in selected cases. 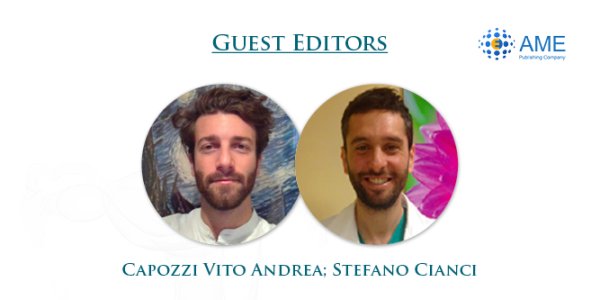