This paper mainly describes and discusses the treatment of ureteral tunnel in a patient with of cervical squamous cell carcinoma (IB1 period).

Surgery techniques for cervical cancer have been standardized in gynecology, and mainly include two types: extensive hysterectomy and pelvic lymph node excision. The difficulties that need to be overcome in extensive hysterectomy are the processing of ureter tunnel dissection and the treatment of the ureter tunnel after surgery, as they directly affect the operation range and survival rate. Therefore, surgery must have standardized practices and concepts (the principle of tumor-free technique) and use surgical techniques that are conducive to popularization.

After the Laparoscopic Approach to Cervical Cancer (LACC) trial (1), as opposed to lifting the uterus traditionally, we chose to adopt the method of lifting the uterus with a figure-8 suture at the bottom of the uterus (Figure 1). The number of operators needed was reduced from 4 to 3 in each operation. In this procedure, the tension from the left hand should be precisely maintained to completely expose the interstitial tissue space. There are almost no blood vessels in the interstitial space. The Harmonic scalpel can be completely closed, that is, if there is no bleeding. At the same time, the tissues among the uterus, ureter and bladder must be made into thin layers. These tissues will look like puff pastry (a kind of snack from Shaanxi province). Many of these layers of tissues are stacked together, and blood vessels and nerves are found between these tissues. To ensure the tissues are in thin layers, the vessels should be exposed and the nerve protected in order to obtain a clear field under laparoscopy. Only when the tissue structure is adequately exposed, will the field of view under an ultrasonic knife be clear enough for the operator and assistants. 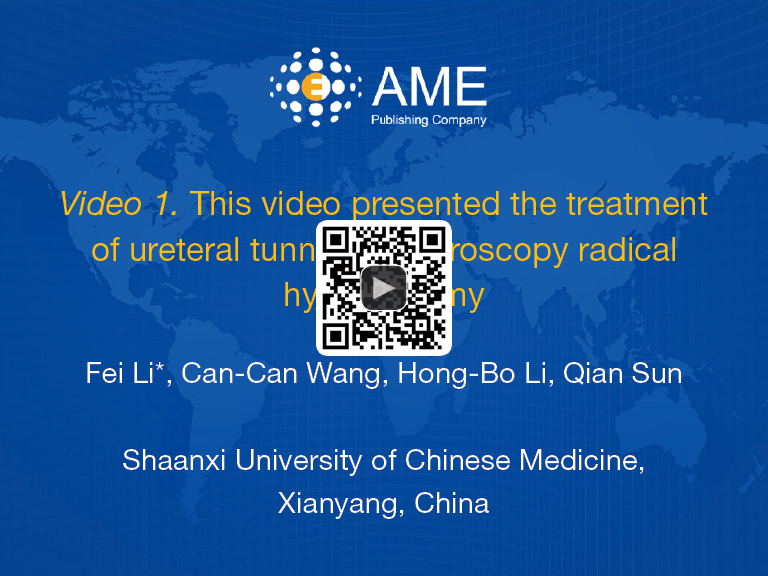 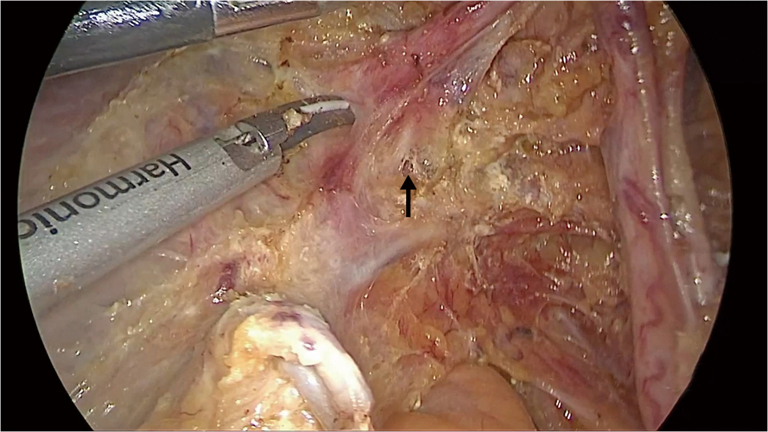 Figure 2 The Harmonic scalpel points to the fourth clearance, while the arrow shows the fifth clearance. 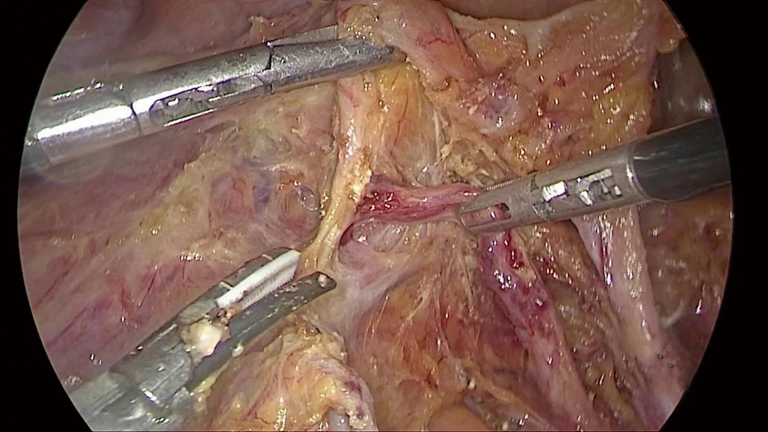 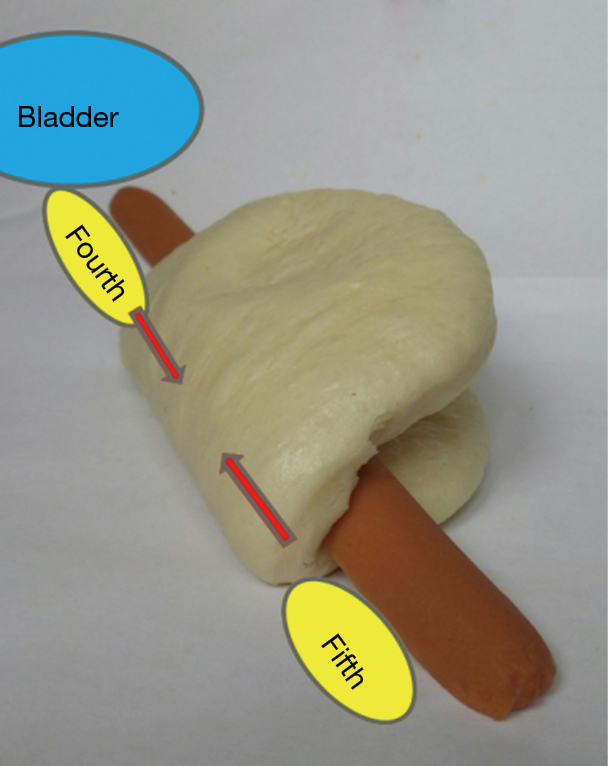 Figure 4 A sausage in a pancake demonstrating the right ureteral tunnel.

Meanwhile, it is important to emphasize that in the process of pushing the bladder, tunneling and abducting the urinary canal and maintaining the integrity of the pubic cervical fascia are necessary. This is because this layer of fascia is the protective layer of the cervix, and if broken, exposure to iatrogenic cancer may follow.

Ultimately, this video mainly emphasizes finding the correct space and not clamping a manual tunnel. With the right space, the tissue can be gently pushed instead of cut, and the operation can be easily completed without fighting bloody battles.

We thank all those who participated in this surgery. We particularly thank Professor Yudong Wang, from the International Peace Maternity & Child Health Hospital of China welfare institute (IPMCH), who first proposed a new anatomical structure—axillary space. The video was awarded second prize in the First International Elite Gynecologic Surgery Competition (2019 Masters of Gynecologic Surgery).