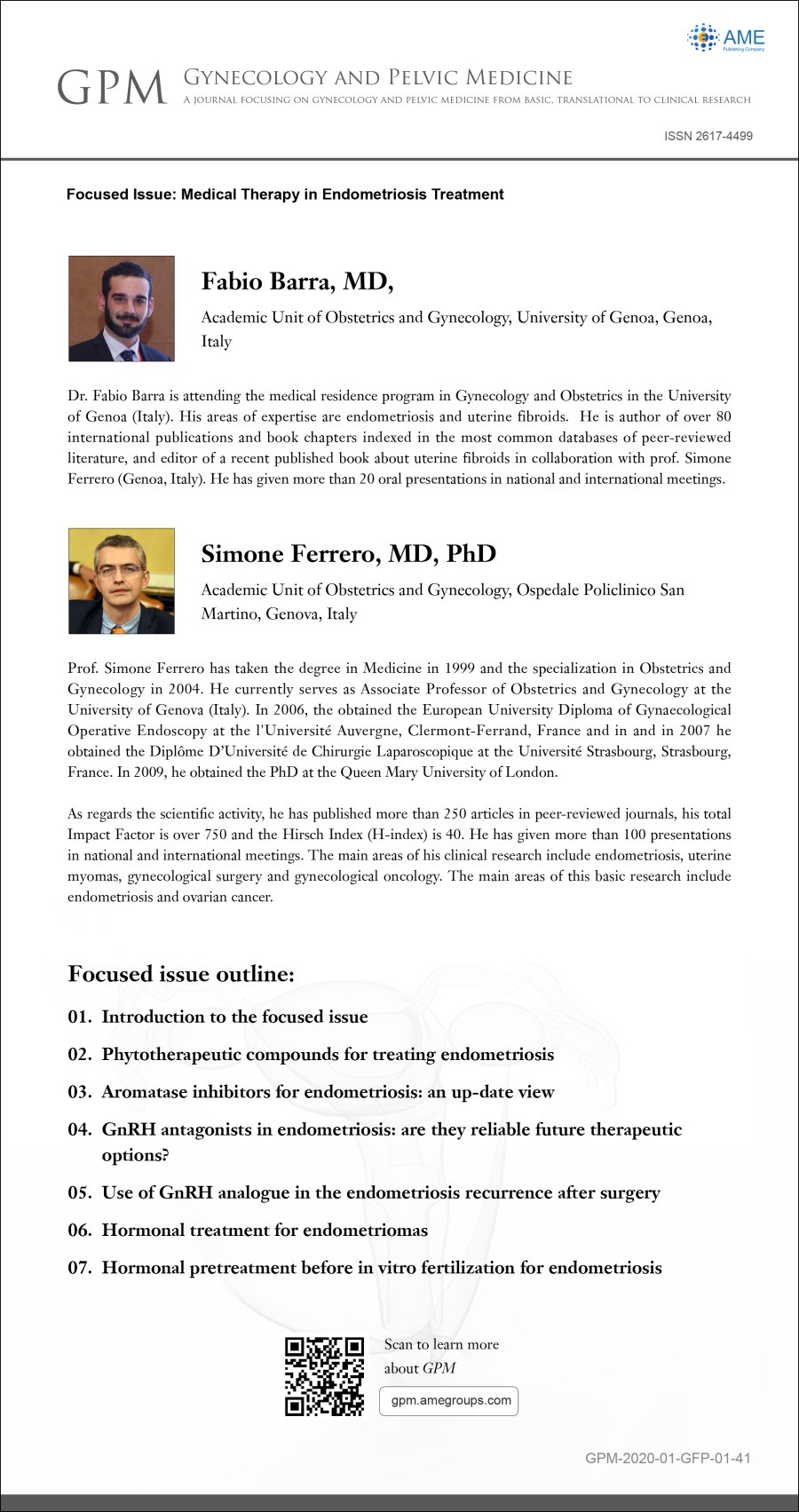 This focused issue aims to provide perspectives and share experience about treatment approaches for endometriosis, which the guest editors hope it will be beneficial to the growth of young specialists.

Dr. Fabio Barra is attending the medical residence program in Gynecology and Obstetrics in the University of Genoa (Italy). His areas of expertise are endometriosis and uterine fibroids. He is author of over 80 international publications and book chapters indexed in the most common databases of peer-reviewed literature, and editor of a recent published book about uterine fibroids in collaboration with prof. Simone Ferrero (Genoa, Italy). He has given more than 20 oral presentations in national and international meetings.

Prof. Simone Ferrero has taken the degree in Medicine in 1999 and the specialization in Obstetrics and Gynecology in 2004. He currently serves as Associate Professor of Obstetrics and Gynecology at the University of Genova (Italy). In 2006, the obtained the European University Diploma of Gynaecological Operative Endoscopy at the l'Université Auvergne, Clermont-Ferrand, France and in and in 2007 he obtained the Diplôme D’Université de Chirurgie Laparoscopique at the Université Strasbourg, Strasbourg, France. In 2009, he obtained the PhD at the Queen Mary University of London.

As regards the scientific activity, he has published more than 250 articles in peer-reviewed journals, his total Impact Factor is over 750 and the Hirsch Index (H-index) is 40. He has given more than 100 presentations in national and international meetings. The main areas of his clinical research include endometriosis, uterine myomas, gynecological surgery and gynecological oncology. The main areas of this basic research include endometriosis and ovarian cancer.

The complete outline of this focused issue is listed below:

Disclosure:
The series “Medical Therapy in Endometriosis Treatment” was commissioned by the editorial office, Gynecology and Pelvic Medicine without any sponsorship or funding. Fabio Barra and Simone Ferrero are serving as the unpaid Guest Editors for the series. 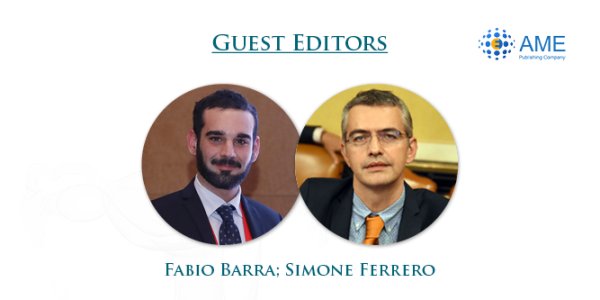