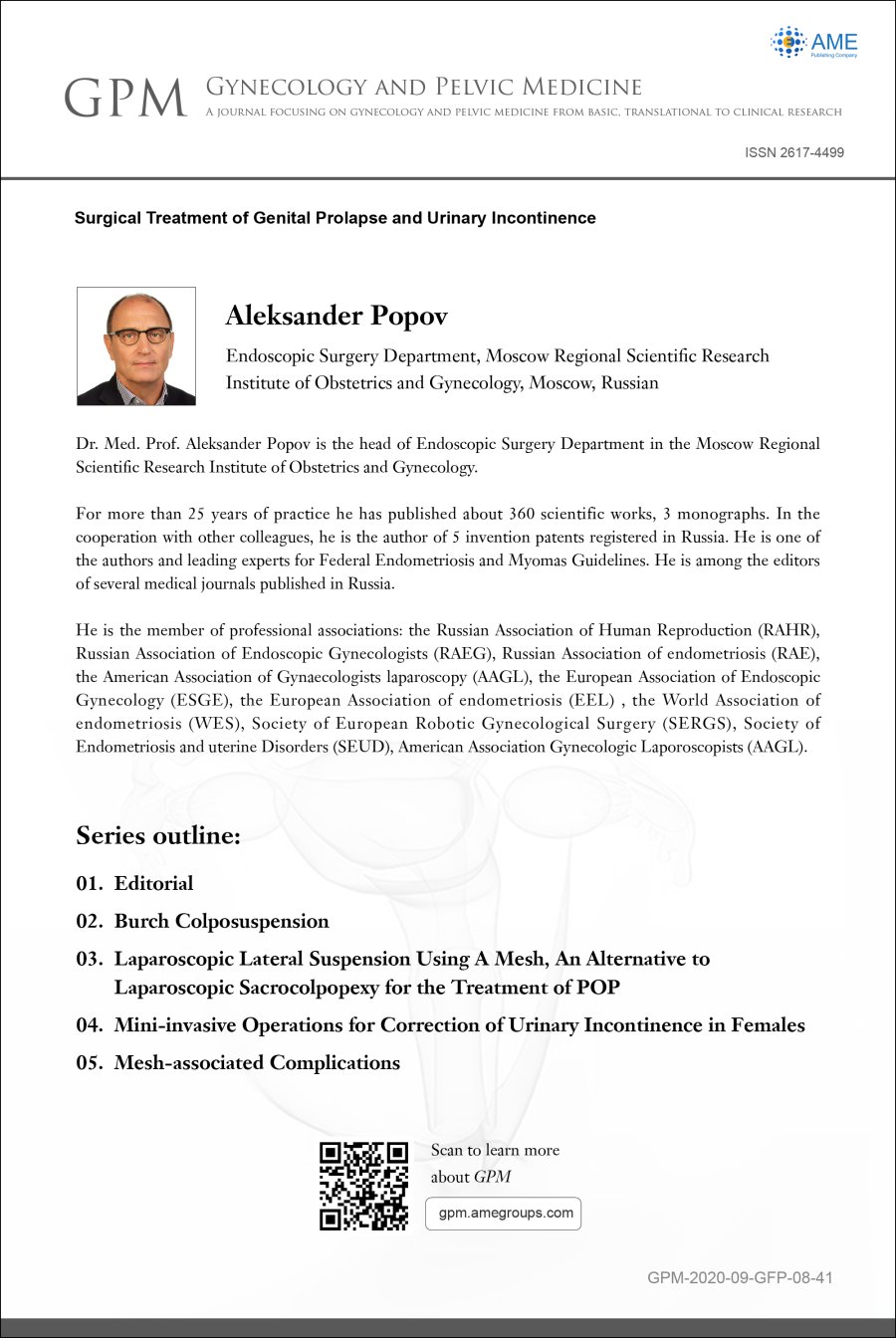 Dr. Med. Prof. Aleksander Popov is the head of Endoscopic Surgery Department in the Moscow Regional Scientific Research Institute of Obstetrics and Gynecology.

For more than 25 years of practice he has published about 360 scientific works, 3 monographs. In the cooperation with other colleagues, he is the author of 5 invention patents registered in Russia. He is one of the authors and leading experts for Federal Endometriosis and Myomas Guidelines. He is among the editors of several medical journals published in Russia.

Disclosure:
The series “Surgical Treatment of Genital Prolapse and Urinary Incontinence” was commissioned by the editorial office, Gynecology and Pelvic Medicine without any sponsorship or funding. Aleksander Popov is serving as the unpaid Guest Editor for the series. 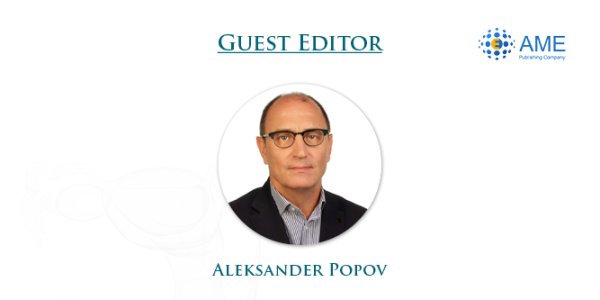